Reginald Hudlin is an Oscar Nominated Director and Executive Producer best known for The Black Godfather, the 88th Annual Academy Awards, Marshall, and Django Unchained. He is also the former President of BET and former Vice President of the Producers Guild.

YG: Your breakout movie House Party is a seminal film in Black cinema. How did this film come about?

RH: House Party represented something very important to Hollywood. It was a genre film in the sense that they had seen John Hughes’ teen movies, they had seen Risky Business with Tom Cruise. They had never seen a movie like that about Black kids. So they were like ‘Oh, wait a minute! You took the kind of movies we make, made it authentically Black and you took the audience either to a world they knew intimately but had never seen on a screen before, or a world they had never been to but really wanted to go hang out with.’

And so, suddenly Hollywood said that this is replicable. This movie was made for $2.5 million and it made $27 million US, not counting international, home entertainment and so on. It was one of the most profitable movies of its decade.

That suddenly said we can take hip hop stars and make them movie stars, which seems really obvious now but was a big risk and threshold issue for that film.

It started mainly because I was a film student and my older brother was a filmmaker. He was living in New York in Harlem and I was totally aware of the hip hop scene even before they started making records. And I would say that this is an exciting, new vibrant moment in popular culture, before it became popular culture. And I just thought, this is what I need to make a movie about.

It made it relatable, it had a level of accessibility that people could connect to, and it spoke to classic teenage issues in a time that was very cutting edge but it spoke to universal themes that everyone related to.

YG: So much of your career is tied into the excellence of Black cinema from the 1990s moving forward. You did Boomerang, another spectacular hit. You did The Ladies Man which to this day is one of the funniest comedies. So how do you go from House Party to Oscar nomination with Django Unchained?

RH: You know, you just do what’s exciting. House Party I did as a student film at Harvard. I made a little 20 minute short film and shortly after, She’s Gotta Have It came out, which changed everything and opened all these doors. So I pitched it to New Line Cinema and they saw the short film and they said Ok. We wanted $2.5 million and they gave us $2 million. After the first week of dailies, they said we could get the rest of the money. 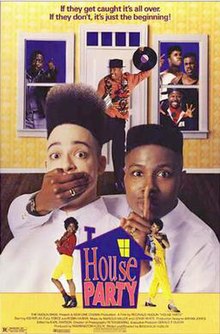 We didn’t know what we were doing, our first time making a feature film.
But I knew what I wanted. I had an amazing cast and a great crew and we just got it done. And I said, ‘well, I think this is good.’ And I remember we had a focus group on the Fox lot and driving there was all this traffic. I thought I was going to be late for my own screening and the traffic there was all these people coming to the Fox lot to see the test read.

They packed the house and it was a dream version of how you want your film to play where bam, bam!

Every joke just hits super loud and they’re just standing up high-fiving each other. And I was like, ‘oh my God, we did it. This thing works.’ And the movie just hit. And I get a call from Eddie Murphy who says he liked my movie. And it’s weird because Eddie Murphy and I are the same age, but he was on Saturday Night Live and I had a bedtime. We kept pitching different ideas and then he pitched the idea for Boomerang and I said great. Eddie is always a genius, brilliant but he never had a great cast around him as funny as he is. So I said, ‘look, there’s all these great up and coming guys like Martin Lawrence and David Alan Grier and Chris Rock. And wow, there is this great new actress Halle Berry, we should put her in the movie.’ And so we put this cast together and made a movie that again, reflected our lives. Me, a young Black guy living in New York, hitting the clubs, hanging out with people who work in advertising or whatever. That was just our lives. And that worked.

The Studio didn’t 100 per cent understand it, but it was very successful. And so I finally met Quentin Tarantino. Quentin was a fan of my work. He actually first started the conversation not by mentioning House Party or Boomberbang, but a short film I did for HBO called Cosmic Slop which he knew in great detail. He didn’t know why it was a short film for HBO, he felt it should have been a feature and that just started a great friendship. We’re talking over the years and he would be generous enough to show me rough cuts of his movies or scripts. One day he goes ‘hey, I’m having a party, I just finished this new script, you should come by.’

I came by his house and there’s all these great folks and he gave me the script and said ‘you planned the seed, this is the tree. Remember that conversation we had years ago about slavery movies and how you basically hated all slavery movies except Spartacus?’

I thought Spartacus was the only movie about slavery that I thought was good and until America makes a movie like that about our experience, don’t bother with me. So with that nugget, he went off and wrote this amazing movie and wanted me to produce it. I thought that was fantastic. And that was it for the next years of my life. I was immersed in working with a genius.

Quentin Tarantino, I can tell you, working with him close up, his body of work speaks for itself but the thing that impresses me the most about him is that there are directors who write, and writers who direct. He’s the only person I know who is equally good at both things. He's a brilliant writer and a brilliant director. It was a joy to work with him, inspiring and educational in so many ways.

YG: Why was the 1990s so special for Black cinema? What happened during that time that unleashed the creative potential of Black writers and directors?

RH: Well, Black people were more free. Here’s the thing, when I was born, the civil rights act had not been signed. It changed shortly after but so when we think that stuff happened a long time ago, no, it happened really recently. In the 70s, you had affirmative action, which basically means ‘we will oppress you less’. We will give you opportunities to go college, to get a job you are qualified for, just to do those basic things most people take for granted. What started happening is that once those obstacles began to be removed, not that they were entirely removed, but at least it was less horrific.

Then boom, you have this incredible success in a lot of fields, including entertainment. So you have Black music divisions, and then you have hip hop artists who are working outside of the record business altogether and Berry Gordy did it this way, so they were doing it the same way, outside of the system. And then the system goes ‘woah, you are making a lot of money outside the system, so let’s take you in into the system.’

That happened with hip hop music, and then it was Spike Lee working outside the system made these movies and made a lot of money and so are there any more of those people in and let’s bring them inside the system? And so piece by piece, popular culture acknowledged there was a way to make money on Black culture beyond names they knew. That was the beginning of that opening up. That product they thought was just going to speak to a very small audience actually spoke to a far bigger audience. 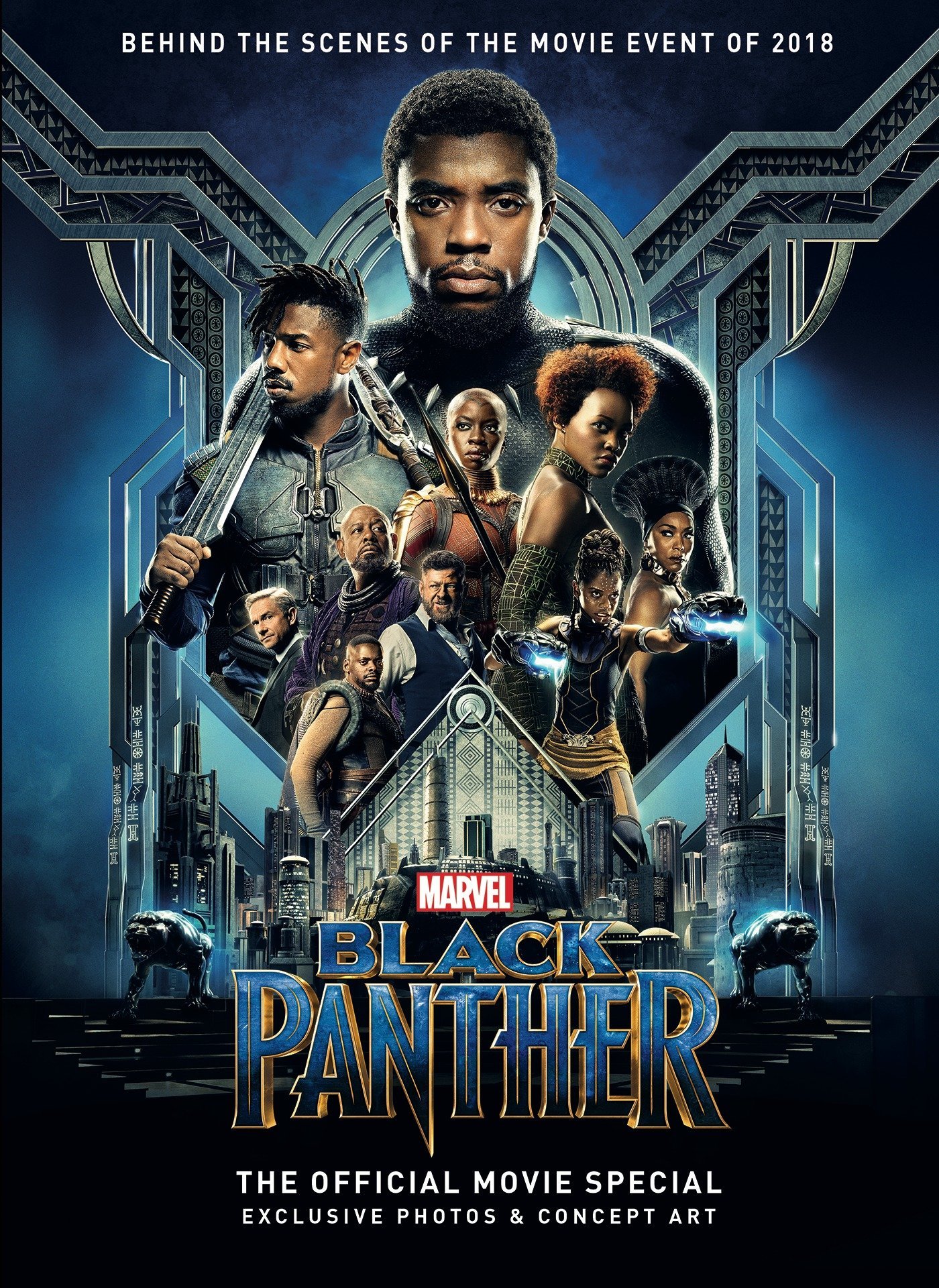 YG: Hollywood is always surprised when Black-led movies do well even though they’ve always done well. Has that changed finally? Has there been recognition within Hollywood and studios in the value of diversity in storytelling, behind the camera and in decision making processes?

RH: I look at it in 20-year cycles. So you have the Black exploitation boom in the 70s with Shaft, Super Fly and Foxy Brown. Those are low budget movies that make a lot of money, they make huge cultural imprint, that can still be relevant today, 50 years later. Then it dies out for 10 years in the 80s, except for Eddie Murphy and Prince. Then in the 90s, boom it’s me, Spike and John Singleton and all those folks, and then that dies out except for Tyler Perry and a few others. And now we are in this current era.

The thing about these 20-year cycles is that in each era, the movies are bigger, better and reach broader audiences.

They have bigger budgets and more global reach. In the past five years, there has been what appears to be, what could be, a meaningful shift. For years, I said when we have the budget to do science fiction and superhero movies on par with our white counterparts, that will lead the way to billion-dollar success. Which is exactly what happened with Black Panther. That was a theory I had for a long time that was finally proven.

Now you have more success by Black filmmakers in film and television than ever before. And there’s a great recognition of some Black executives and that maybe we need to change how the system works a little bit. Whether that is lasting change, or another 20-year cycle, we will see.

YG: How did The Black Godfather opportunity come about?

RH: I knew Clarence Avant my whole professional life. I had made student films, I hadn’t made a feature yet. There were some people in Hollywood who wanted to make a film with Janet Jackson. One of the producers knew me as an undergrad and said ‘this kid is kind of talented.’ So they flew me out to LA and I met Clarence and basically he got me my first movie deal. The movie didn’t happen as you can tell, but I made enough money writing a script that I could buy a computer. And on that computer I wrote the script for House Party.

As I’m in Hollywood, I stayed in touch with Clarence and I realized how important he was and how influential he was to basically everyone in Black entertainment, a lot of white entertainment and politics.

His daughter who I had become friends with said ‘I want to make a movie about my dad. I talked to my dad and he decided that he wants you to make it.’ This was like a call from Rome, I’m in! So we made a movie about his life. We all thought we knew his life. We didn’t. He’s a true Russian doll. Every door you open, there are three more doors and he has a vast, amazing life. We had to make some hard choices like a cut an hour out of his life that’s as good as the movie. But what we felt like we got the fundamental essence of the man and his incredible achievements.